The connection patterns of the billions of neurons in the mammalian brain underlie how neural circuits process information essential for perception, memory, and behavior. We have implemented viral-genetic tools that open genetic access to a specific type of neuron without affecting the surrounding others. 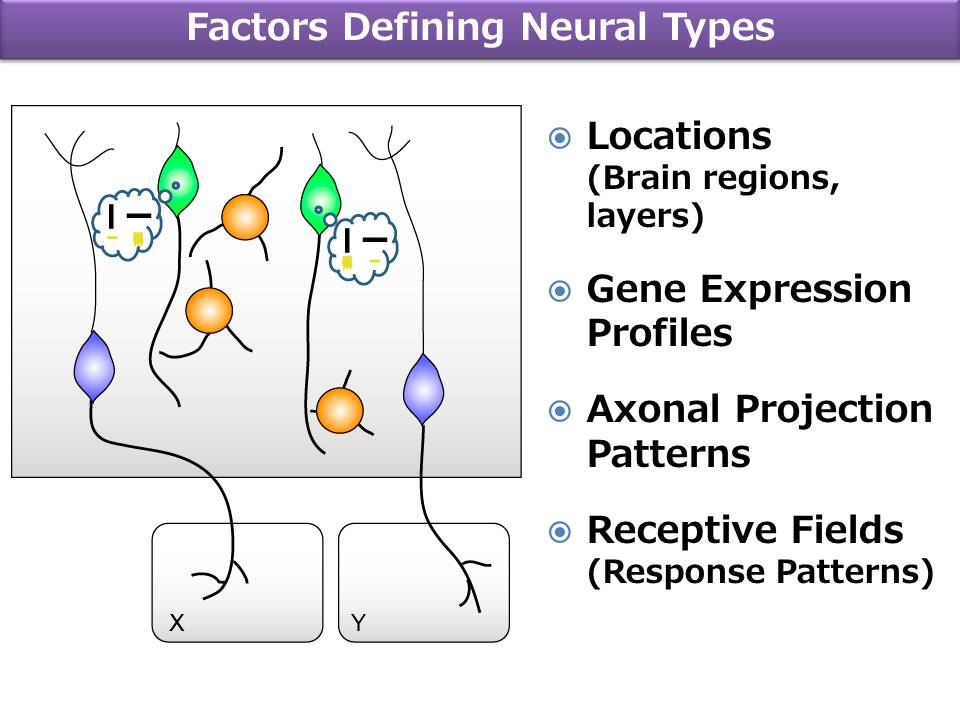 Neurons with different gene expression profiles are schematically shown in different colors. Even within the “blue” neurons, two distinct types can be found by their axonal projections to different targets, X vs. Y. Within the “green” neurons, one responds to vertical bars while the other to horizontal bars.

By combining viral vectors with mouse genetics, we have implemented genetic access of neurons defined by their location, gene expression profiles, axonal projection patterns, and receptive fields (response patterns). In our team, by using these tools, we systematically map connection patterns of hypothalamic neurons underlying various social behaviors in mice. Specifically, we study anatomical differences in the neural circuit between male and female mice at the resolution of synaptic connection patterns, focusing on neurons that regulate sexual behaviors and reproduction. We also investigate the state-dependent circuit shift for parturition and lactation in female mice during pregnancy. These “comparative connectomics” approach will form a foundation upon which developmental and functional studies of neural circuits can be integrated in the future. 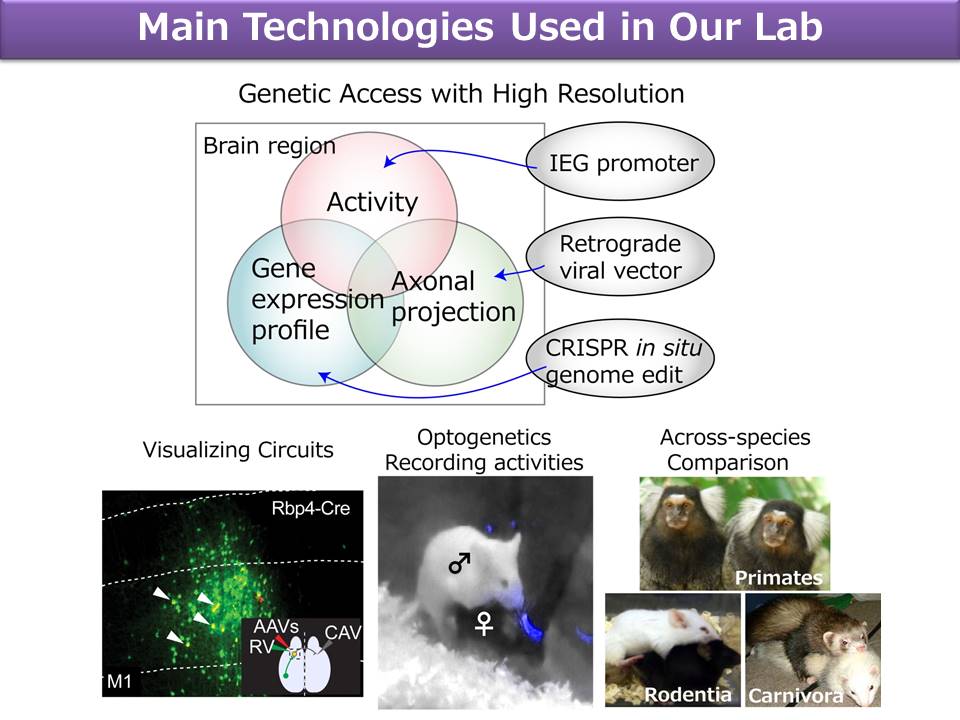 Currently, most genetic techniques in neuroscience are only applicable to mice, as Cre recombinase-dependent strategy is commonly used to regulate specific types of target neurons. To overcome this limitation, we combine CRISPR-mediated in situ genome editing with viral toolboxes to permit cell-type specific manipulations in non-model mammalian species without germline manipulation. We will then analyze organization and function of evolutionally orthologous neural circuits across mammalian species. This comparative connectomics will hopefully lead to an integrative platform for the study of evolution of neural circuits.